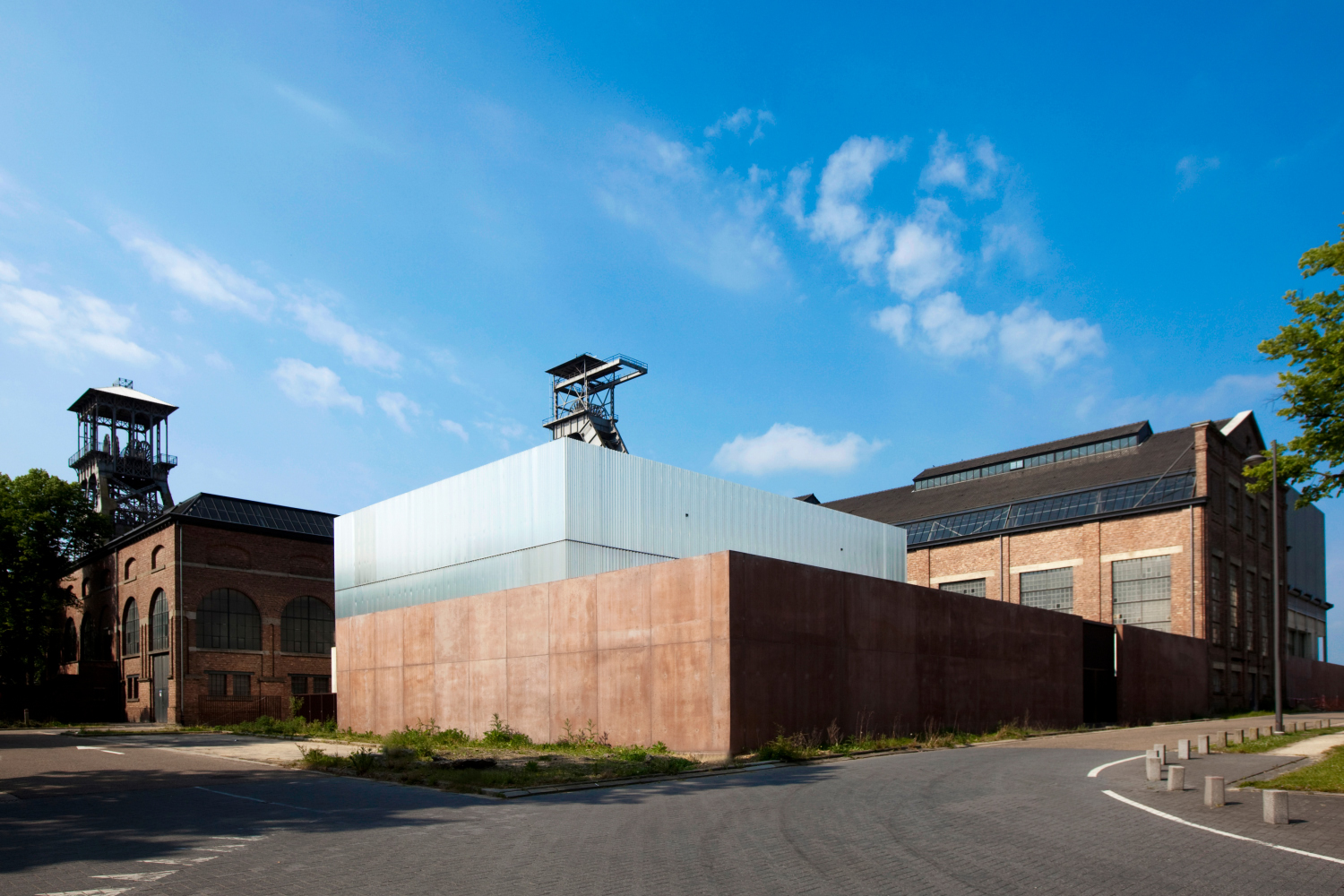 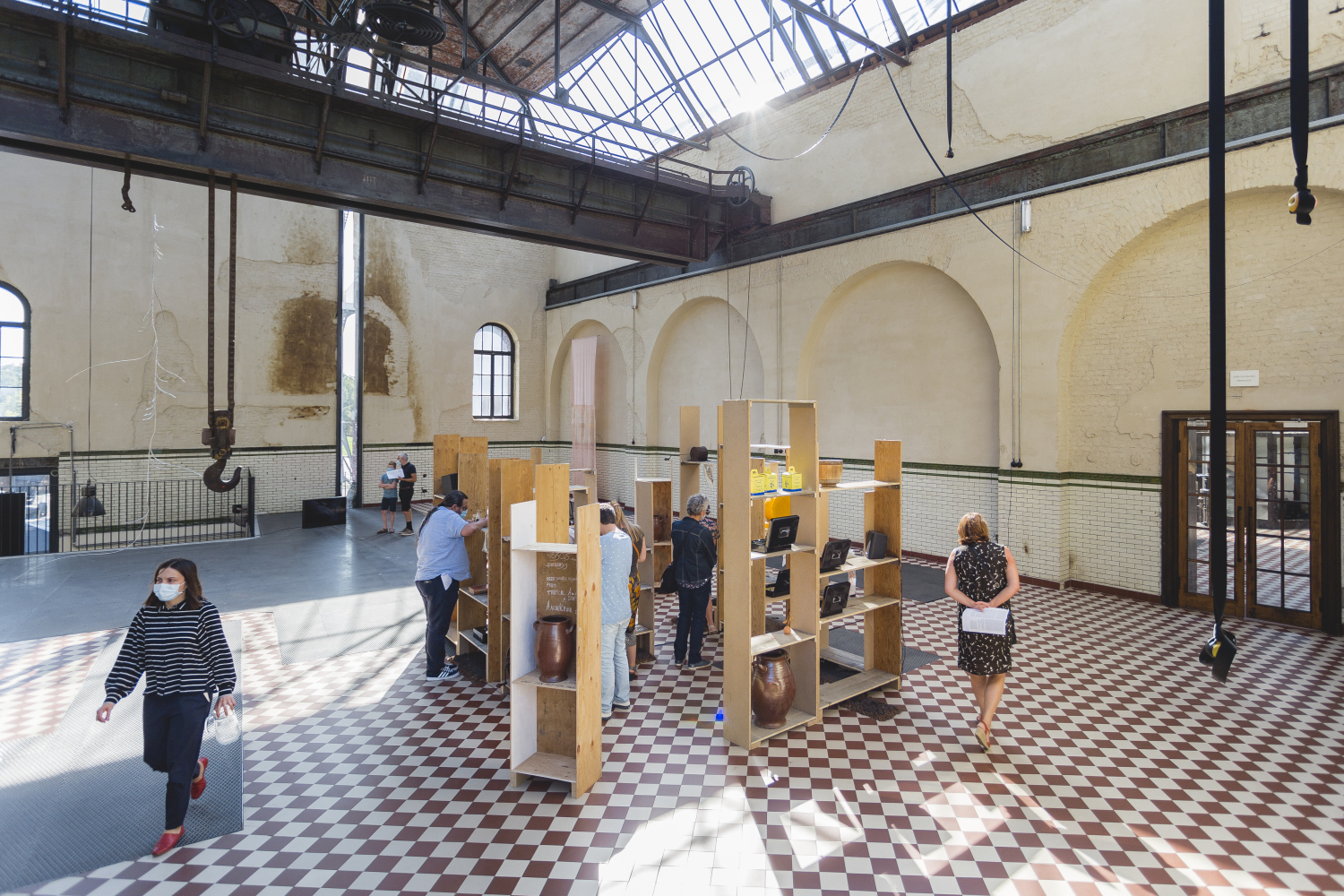 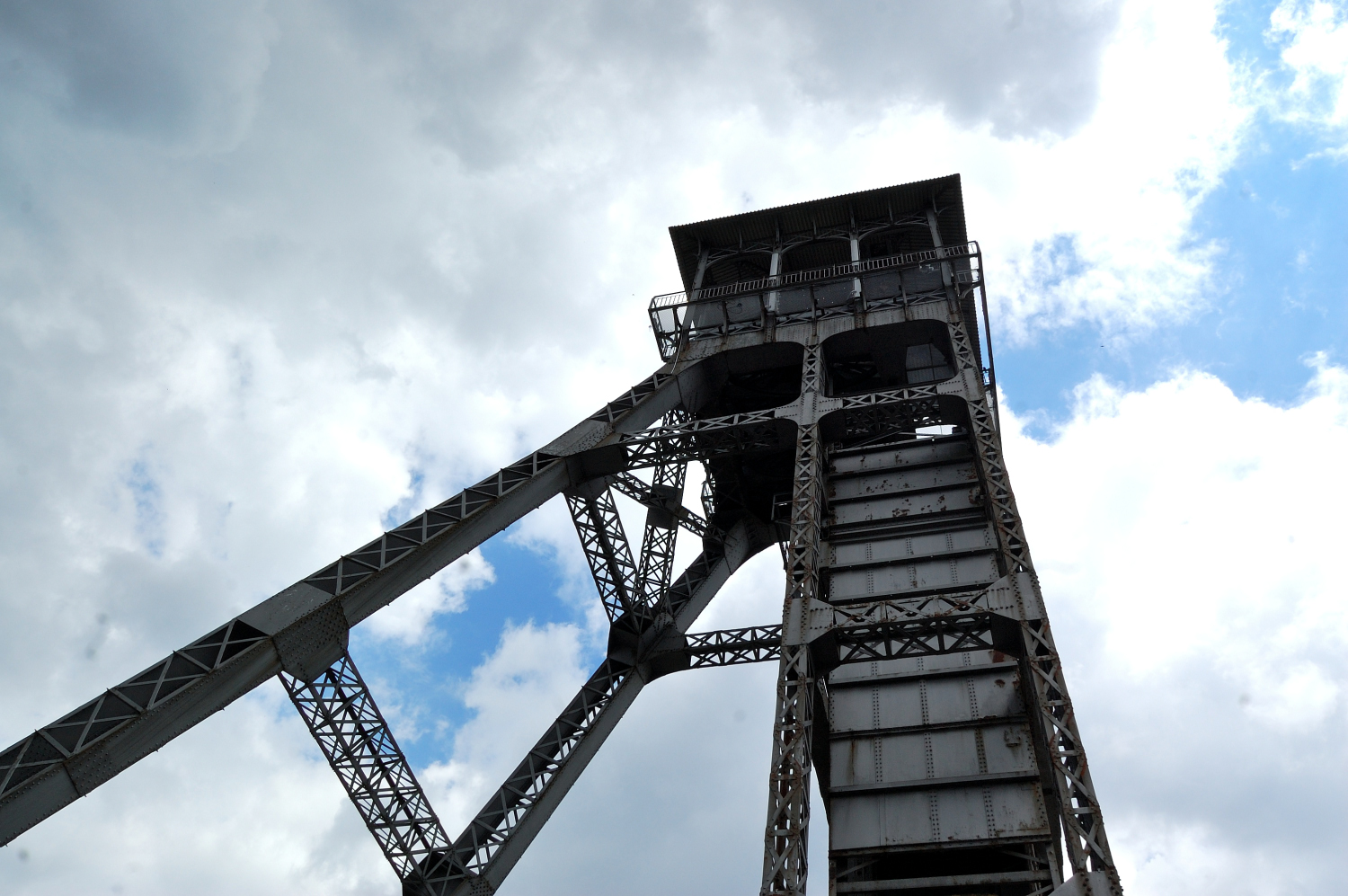 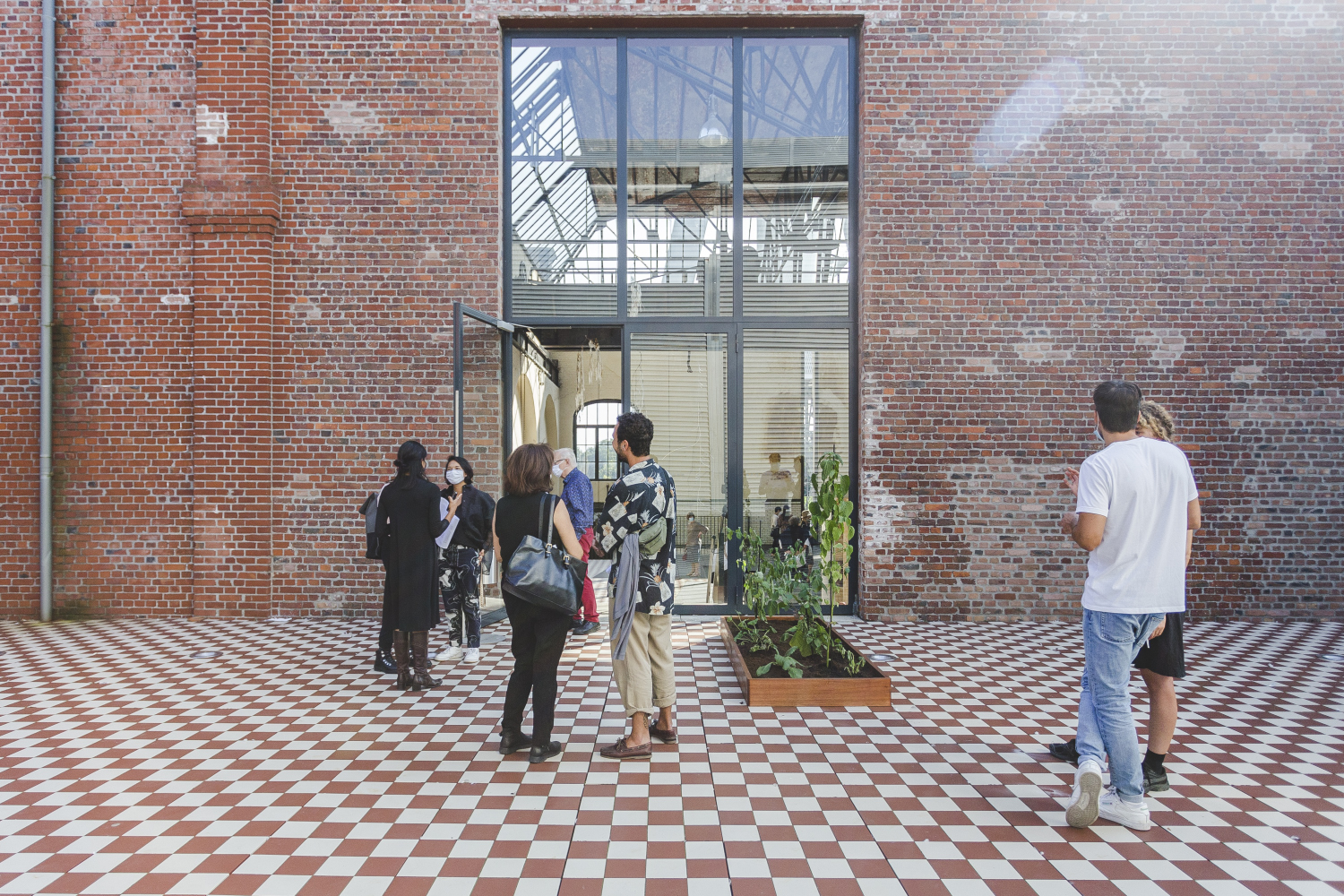 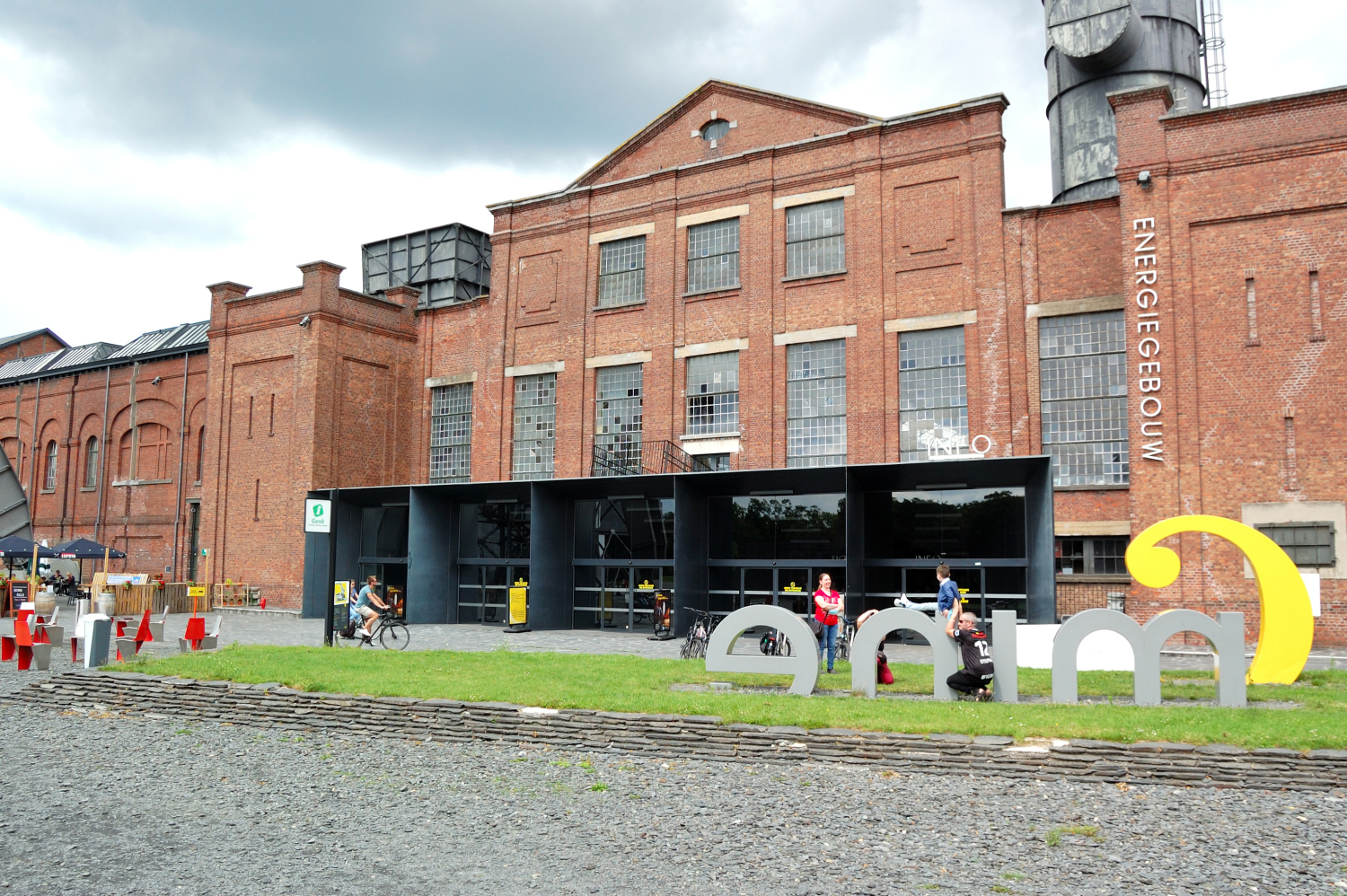 CIAP, a platform for contemporary arts, was founded in 1976 by a group of art-loving citizens. It recently relocated to C-mine – a revitalised mining site in the city of Genk (BE). CIAP’s guiding principles are a direct response to its surroundings: the industrial heritage, the disturbed landscape with its resilient fauna and flora, the multicultural community, and the almost-forgotten history of Genk as a health retreat and a popular resort for artists.

Named after the earthy scent emanating from dry soil during summer rain, Petrichor echoes the fleeting nature of the artistic practices presented in the exhibition. The exhibition is curated by Lucie Ménard and the participating artists are Félicia Atkinson, Ismaïl Bahri, Sina Hensel, Bárbara Prada and Luca Vanello.

Le Paysage Ménagé is a proposal for a structure on the C-mine site. It would be a ceramic fireplace, a batch rocket stove, which is a type of wood-burning stove that can reach temperatures high enough to fire bricks. Grommen and Royakkers will make use of this low-tech solution to bake bricks from soil sourced from the adjacent slag heaps. In this way, the artists plan to bring new life to the historic brickyard of Winterslag, which was the only mining site in Genk to use the leftovers of their operation to produce building material. In a slow layering process spanning over several months, Grommen and Royakkers will use the freshly produced bricks to build the ceramic structure surrounding the stove. This structure and the surrounding warm atmosphere will offer comfort to numerous locals: including people gathering over food but as well as birds and insects seeking shelter in the structure’s nooks and crannies.

A brief history lesson on C-mine

In 1901, André Dumont discovered coal near Genk; soon after, three coal mines sprang up: Zwartberg, Waterschei and Winterslag. The site at Winterslag consists of a fully developed undergound mining concession many kilometres in length. In 1914, the first lump of coal was extracted, and commercial exploitation started in 1917. Just over 70 years of operation later, on 31 March 1988, the mine was permanently closed.


The complex of mining buildings at Winterslag has been an officially protected site since 1993. Features that are still present on site include the lamp- and shower room (‘lampisterie’), the office buildings, the machine building with power plant and the collection machines (in the Energiegebouw), the warehouses, the horse stables and the two pit towers. In 2000, the idea was born to establish a hub for the creative industries at the site of the former Winterslag coal mine. In 2001, the city of Genk acquired the site from LRM and in 2005, the name ‘C-mine’ was inaugurated.

Submit your photos (max. 5 MB) of C-mine here and get featured on Facebook

The C-mine expedition is a great way to discover the history of the mining site. Here, you can descend into the underground and go on a mile-long adventure in which you stroll through the old tunnels, past challenging installations, all the way to the top of the highest pit tower in Belgium.


C-mine has many campus residents. With a lot of things to see and to visit, there is never a dull moment. You can visit theatre performances, go to the cinema (Euroscoop), discover a labyrinth, visit design studios, and enjoy something to eat or drink.

Check out the C-mine floor plan or website for more information on where and when is what.

Until 3 January 2021, you can visit the exhibition Wonderful Things by Tim Walker at C-mine. The exhibition pays tribute to Walker’s extraordinary contribution to the world of photography over the past 25 years and was inspired by the collection of the V&A Museum. C-mine is the first stop on the show’s world tour.