Eupen is the capital of the German-speaking Community of Belgium and awaits you with historical monuments, beautiful countryside, a wide range of events, attractive shopping facilities, and first-class restaurants and cafés. 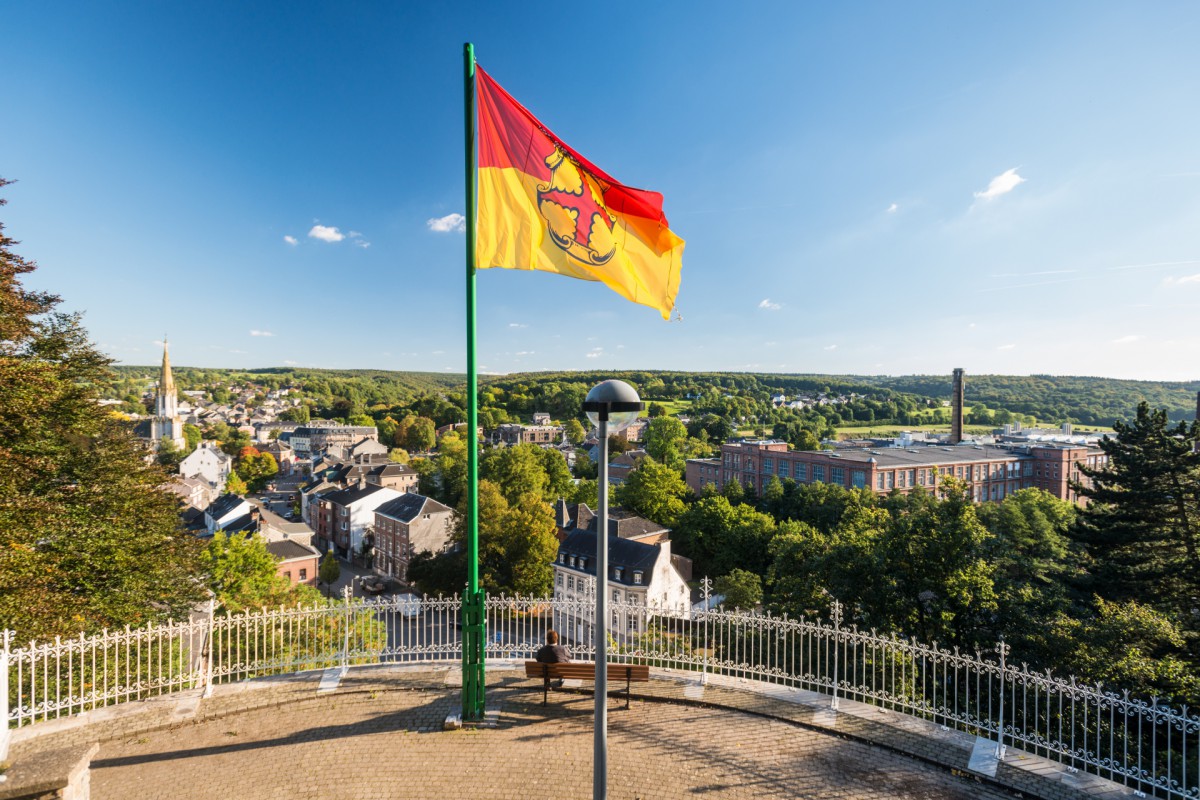 Eupen was first mentioned in writing in 1014 in the Annales Rodenses, when it belonged to the Duchy of Limburg. Eupen was a trading place for cloth, nails, and other commodities. Until the dissolution of the Duchy of Limburg, Eupen belonged to the Limburg high bank of Baelen. Just like the rest of the duchy, Eupen was incorporated into the then formed department of Ourthe when the Southern Netherlands was annexed by the French Republic in 1795. In 1815, Eupen was added to the Kingdom of Prussia during the Vienna Congress. After the First World War, Eupen came to Belgium in 1919 to be annexed to Germany again at the start of the Second World War. In September 1944 the area was liberated by the US army and Eupen became Belgian again. The German-speaking Community was established in 1970, increasing the autonomy of the area.

Eupen offers two stunning panoramic views, as pointed out by panorama boards that provide information about the landscape, the historical buildings and regional history. In Eupen you will find the vantage points of the seven church towers and Moorenhöhe. There is also an online version that provides further information in only a few clicks. For instance, you can zoom into the interior of a church or historical building, or experience the landscapes and villages surrounding the panorama in high-angle shots.

IKOB's programmes focus on emerging and leading contemporary art by creating a significant collection (in progress) and hosting temporary exhibitions. Functioning as a discursive platform for contemporary art with its multidisciplinary and thematic exhibition programme and highlighting critical and socio-political issues, the IKOB attempts to reflect upon the matter of the frontier.


The IKOB began as an idea of the artist, art teacher, and subsequent museum director Francis Feidler. The institution was conceived as a centre for border-transcending exhibitions out of which a later museum collection could be successively built up – augmented by purchases and loans, as well as by donations especially from exhibiting artists.


IKOB mostly presents several exhibitions at one time, so there is always a lot to see and explore.

Reservoir dam of the Weser

At a distance of a few kilometres from the city centre of Eupen, a gigantic concrete wall arises from the ground: the reservoir dam of the Weser. The lake that developed in this reservoir due to the confluence of the Weser and Getzbach provides drinking water for Eupen, the Pays de Herve, the surroundings of Liège, and the domain of Sart Tilman.
The reservoir lake also offers leisure activities, such as an educational forest trail or the highest climbing wall in the Euregio Meuse-Rhine.